Only someone like Miley usually wears so strange and rare dresses.

Disney's ex-girl, Miley Cyrus, knows how to get attention anywhere she goes and does it in the best of the ways:

Creating controversy with her actions or with her extravagant dresses that usually leave little to the imagination.

To begin with, in 2013 her costumes made an impression at the iHeartRadio Music Fest 2013 in Las Vegas.

On that occasion, Cyrus wore only a tight net dress, nipple holders and underwear. 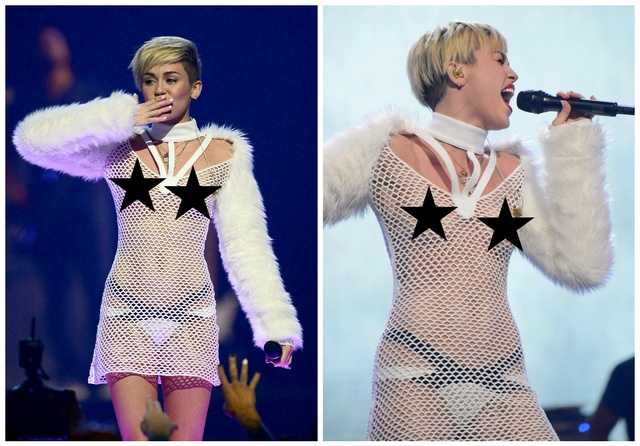 On another chance the popular singer wore strips as a top that barely covered her nipples, while yet another time she wore a layer of metallic hair which when removed showed a silver mesh.

Miley also appeared with a tiny top with two large eyes at the height of the chest while the bottom garment had red lips. 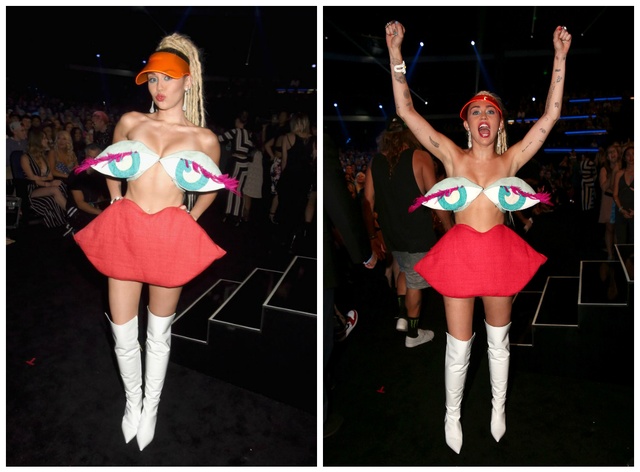 Not to leave the habit, in the MTV VMA’s 2015 appeared with a transparent dress adorned with color circles placed strategically, plus a one-piece suit with exaggerated cuts to the sides that left little to the imagination. 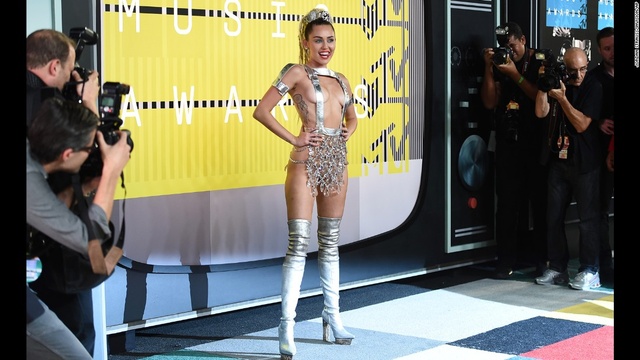 During her Bangers Tour she wore extravagant outfits, among them is the sequined dress with big lips at the height of her chest, also wore a dress of dollars that revealed more than normal in its inner part. 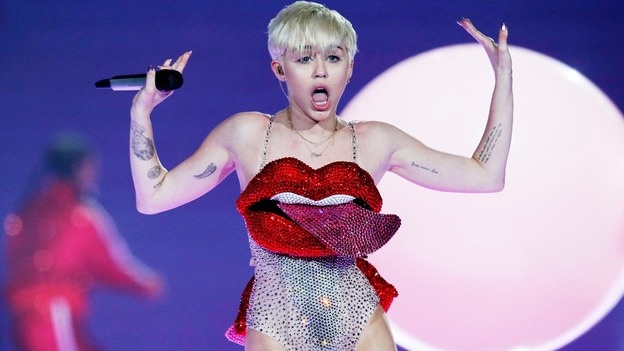 This is how Miley Cyrus has made news in different media and social networks. 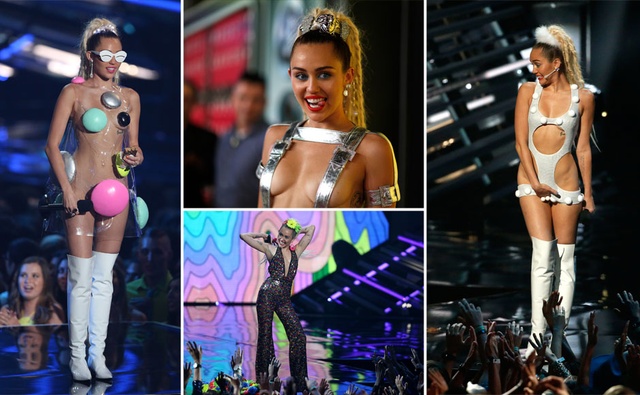 Not only his extravagance in the dress department but also at the moment of presenting has made the popular singer a common figure in the world of entertainment.