The Shock Queen Cyrus made everyone's eyes pop when she lit up a suspicious looking cigarette on stage after accepting the award for Best Video for her track Wrecking Ball at the EMA awards in Ziggo Dome, Amsterdam.

On a closer look, the cigarette appeared to be a weed joint. The 20-year-old pop diva pulled out the joint from her bag after she tried to fit the award into it. 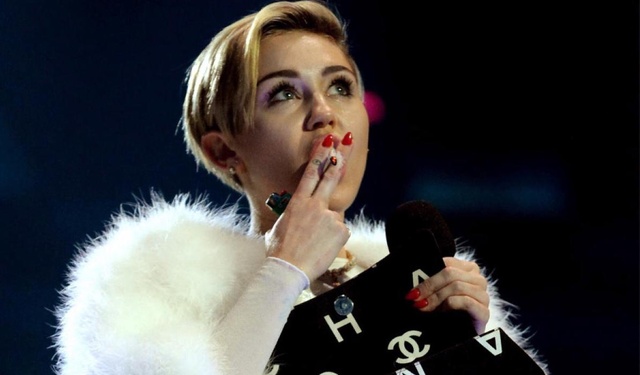 Failing to do so, Cyrus grinned, placed the award on the ground and said: I can't fit it in my bag... but I did find this! and before the audience could guess it, much to everyone’s shock the former child star lit the joint.

The news of Miley Cyrus’s yet another antic spread like a jungle fire and fans took to Twitter to express their disappointment.

The MTV bosses felt that the act was too controversial too, therefore, it was edited before the telecast in the United States. However, fans could still watch it on YouTube.

Miley’s love for marijuana is not a secret to the world and in an interview to Rolling Stone she had said: I think weed is the best drug on earth.

Although marijuana is sold openly at cafes in Amsterdam, it is still not legal in Netherlands. However, smokers can be in possession of less than five grams of cannabis without fearing prosecution. 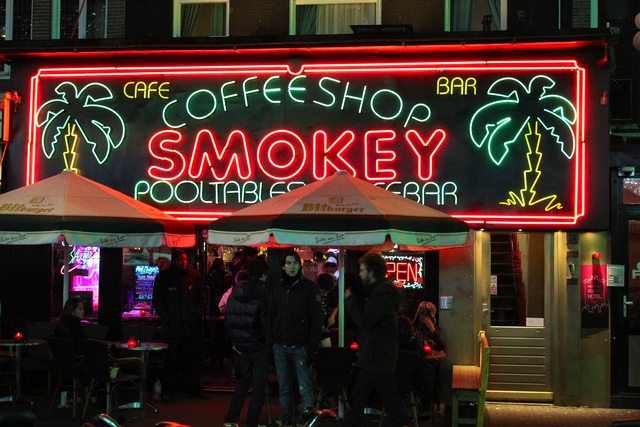 While in Amsterdam for EMA, Cyrus is also said to be frequenting the city's much-famed coffee shops where one can also enjoy weed freely. 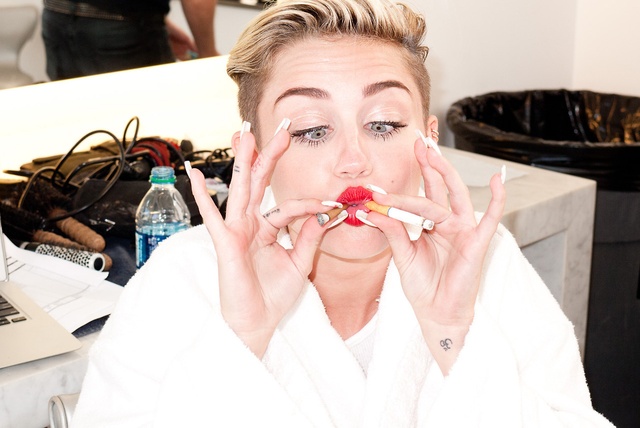 For those who missed it, Miley Cyrus’s earphones also had marijuana leaf emblems during a live version of Wrecking Ball against the backdrop of a huge video screen of herself crying.

Our little Hannah Montana has surely grown up and how.