Katy Perry creates controversy in China for her dress she wore while performing at a recent concert in Taipei, Taiwan.

The green dress with sunflowers has been Katy Perry's costume for different concerts.

The singer, this time, had a Taiwanese flag around her shoulder.

This outfit has been seen as a pro-Taiwanese political statement, since the sunflowers were used in a student movement protesting against a trade pact. 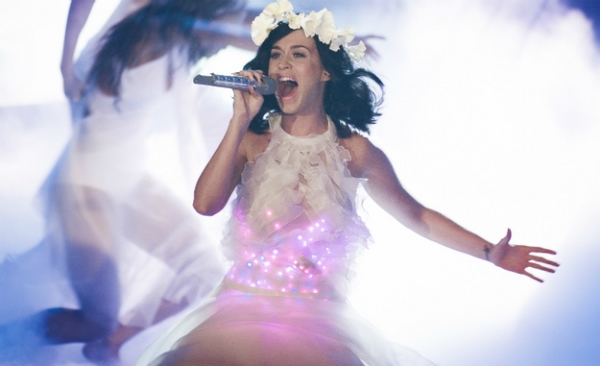 They used sunflowers to demonstrated the tensions between Taiwan also known as the Republic Of China and mainland China known as the People's Republic of China.

The students claimed the trade agreement gave too much power to PRC. ROC lost its UN seat in 1971 and since then PRC has taken the advantage of being recognized as China's relevant government.

The relationship between the two has not been smooth as each part claims to rule the whole of China, the mainland and the islands. 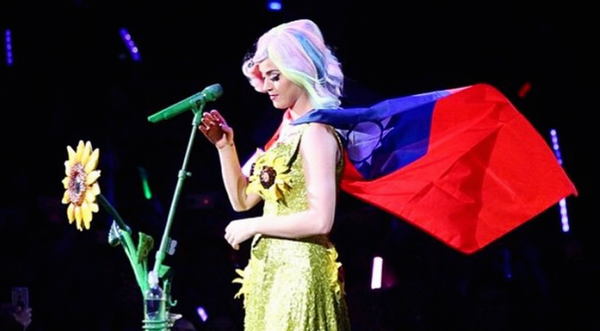 Katy Perry had her crew members costumes designed with the sunflower to bring out a strong message. Most people took it as a sign of solidarity with Taiwan people because the concert was just a few weeks after the commemoration of the Students Sunflower Movement.

Both ROC and PRC want to enjoy their sovereign rights and the idea of mainland taking over all political power will affect Taiwan negatively, majorly economically.

The China government usually wants to restrain the Olympics and FIFA games. It went to the extent of banning the Taiwan flag from the Olympics last year. 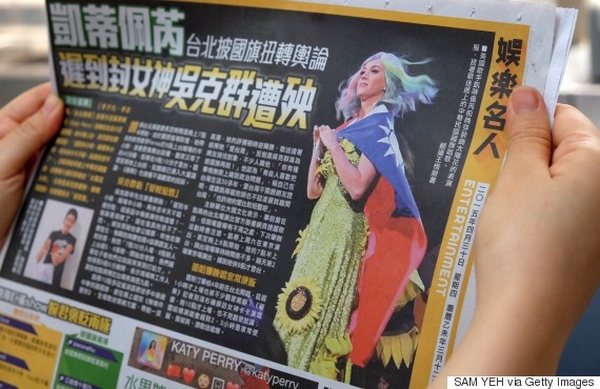 Katy has been full of controversy due to her dressing styles like the beach ball, cupcake and fruit outfits. This leaves her fans with queries about her intentions and what she wanted to demonstrat in her China's performance.

She might not be able to perform in mainland since people are unhappy, but there is a very huge market for album sales and concerts. The photos posted on China's mainland social media pages were all deleted and also all the negative messages posted condemning Perry.

She has not said anything on the matter and we are waiting to see the reception from her mainland fans.