The actress and U.N. Global Goodwill ambassador spoke about the nude photo hoax involving her in September.

What she really said was: I knew it was a hoax.

I knew the pictures didn't exist she said.

She admitted that the threat was just after she gave her speech at the UN. 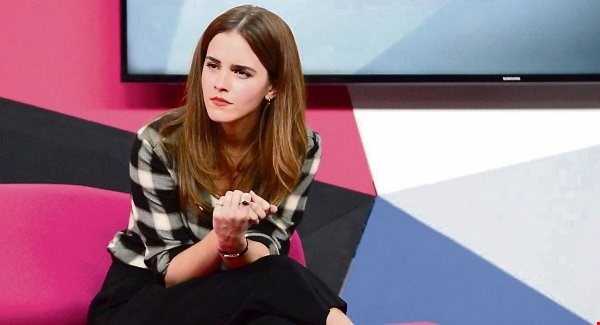 Even if the threat was not credible, she pointed that this is something women have to face everyday.

It's funny because people are like, 'She's gonna be disheartened by this.' If anything, it made me so much more determined, she commented.

She also said, I was just raging. It made me so angry that I was just like, 'This is why I have to be doing this.' So, if anything, if they were trying to put me off it, it did the opposite.

Emma Watson is no longer just an actress but an active ambassador that is convinced that the gender inequity is a urgent subject to be treated.