The singer was in trouble when narcotics were found on his tour bus.

The bus was raided by the Swedish police after they suspected the smell of marijuana coming from the tour bus.

The police found the illegal drugs in the bus and they had to sent it to the laboratory for further analysis. They also found a stun gun in the empty bus. 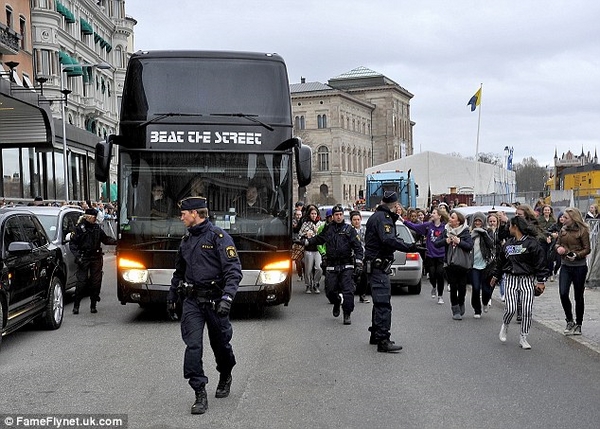 Since the drug was found in the empty bus, it was quite difficult to make blind guesses about the individual who might have possessed the drug.

The bus have carried the singer and other nine who probably were taking part in the concert at Stockholm.

The police claimed that they are not intended to take action against anyone unless they got more information.

This incident turned out to be a big blow to the Canadian singer for his career. Even though the singer was not present during the raid, there has been many rumors questioning his reputation.

However, he has been focussing on the music ignoring all the controversial news surrounding him.